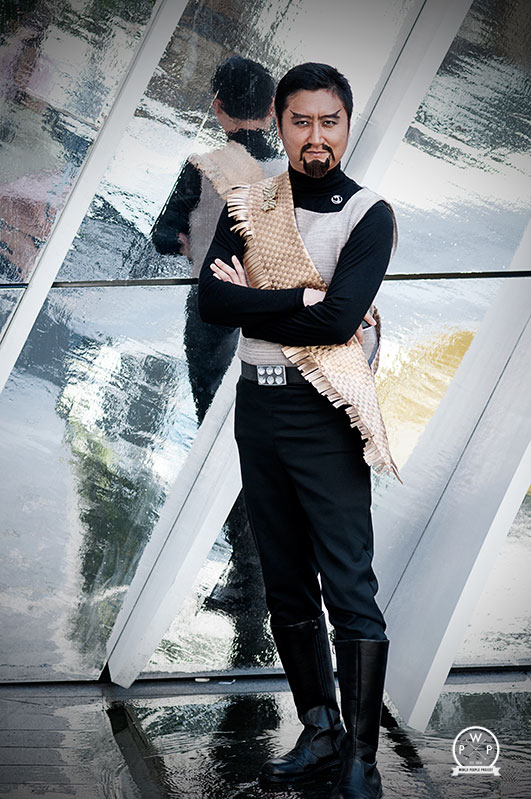 How long have you lived in Vancouver? Since 1976

Occupations: I was an English teacher in South Korean universities and institutes during my 20s. During that time a network cast me as a TV game host and live radio pundit, which I did for three years. On my return to Canada I went to school to study 3D modelling and animation. From there I started making mostly Star Trek and Star War props with working electronics including laser beams. I also became what I call a conventioneer, which is a vendor at the huge science fiction conventions that are held in Vancouver. Recently, all this has taken a back seat to acting. I am currently taking acting classes and climbing my way up the union ladder. This year I worked as a background performer on many of the series that were shot in Vancouver.

Passions and Interests: My current passions are background acting and improving my singing. Before that it was my love of Star Trek. I am one of the principal actors in the long-awaited Star Trek fan film “Yorktown: A Time to Heal.” The film needed an actor who could pull off an impassioned speech entirely in Klingon in full makeup and armour, and I fit the bill. I also teach the Klingon language here in Vancouver through my Klingon language club.

What do people know you for? My collection of tuxedos, suits, making props, speaking Klingon and acting.?

Thoughts on Vancouver? The positive energy all year round due to the weather, mountains and water. This allows great opportunities for filming all year round. A city full of actors, singers, performers and cos players (costume play) leads to many creative endeavors.

I met Charles at a masquerade event; he was dressed as a dandy and was accompanying a Lolita-like character. He seemed from another world, and I discovered that he dresses up as a character from Star Trek. He is also somewhat of a chameleon—one never knows where you will meet Charles and what persona he will be. I was tickled to know that he spoke Klingon. The backdrop for the photo shoot was an art installation near the Shangri La Hotel on Georgia Street. Charles came dressed as a villainous Star Trek Klingon commander.