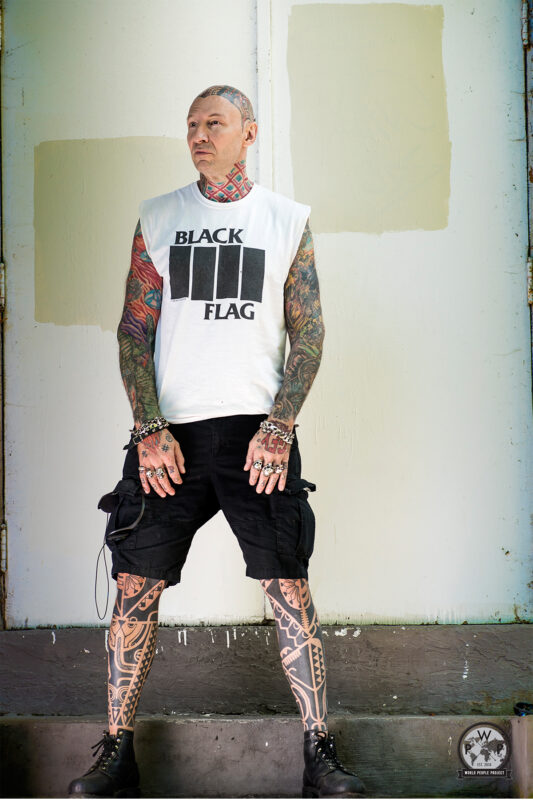 Chris Walter. No alias, no funny, clever name designed to fool CSIS or straight-laced relatives, just plain old Chris Walter. I lost my wallet recently, and the store owner who returned it said he’d never seen anyone who was so easy to find online. Anybody who might be after me won’t have to look very hard. My parents named me after a Danish king because my mother is of Danish ancestry. I used to tell cops that my name was Christian Harvey Davidson. The first and middle names are actually true. I’m not sure that’s interesting, but whatever.

Provenance: I was born in Regina, the first-born of two artists eager to flee Small Town, Alberta. All I remember about Regina is noisy trucks whizzing past on a dirty street and a small apartment that smelled of mothballs and floor wax. My parents had the decency to leave soon, moving to Edmonton briefly before settling in Winnipeg, which is where I spent my formative years. Winnipeg, for me, was mostly about fighting and fucking and getting way too high. Most of the people I knew from those days have either died or moved away. But I don’t regret my time there. Winnipeg is still part of who I am, and I’ll always be a little proud of that.

How long have you lived in Vancouver? I visited Vancouver with a casual girlfriend in February of ‘92. At the time, the temperature in Winnipeg was a frigid -30 and Vancouver was a balmy +6, so we decided to stay. I abandoned everything I owned, and started over again with nothing but the clothes in my suitcase and thirty-seven dollars to my name. At least I didn’t lose much, just a wobbly dresser, a worn-out mattress, and a well-used collection of porn magazines. I thought I’d trade that shit for warmer temperatures and new friends. I was lucky to meet a lot of cool people when I first arrived, many of whom are still good friends.

Occupations: As a young man, I washed dishes, dug ditches, worked in warehouses, and slung drywall. These jobs taught me that I should have tried harder in school, and I knew my life would be a never-ending downward spiral of manual labour jobs that would break my spirit and my back as well. However, those soul-sucking jobs gave me a strong understanding of the working class, which instills my writing. To write about the working class, one must actually be from the working class. One might also try to avoid referring to oneself as “one.” I’m a misfit that refuses to play the Can-Lit game—a stubborn old mule that should have tried harder to appeal to a wider market. I write sleazy novels and punk biographies, although I’m branching off into non-fiction in a desperate effort to avoid real work. I didn’t get started until I was thirty-seven, but quickly I developed literary diarrhea and wrote twenty-seven books in eighteen years, some of them absolutely terrible. Luckily, I didn’t realize how bad I was at the time, and I’m still amazed that anybody actually bought any of them. I wrote a few books that weren’t awful before falling into a rut and writing a few more stinkers, but I think I’m starting to get the hang of this thing. The last few didn’t suck too hard.

Passions and Interests: I’m passionate about good bourbon and bad women. But I’m not a young man anymore, so I’m interested in keeping my relationship and staying out of serious trouble. I also like trashy novels and dirtbag authors that write with terrible hangovers and raging hard ons. I’m best at arguing with strangers on Facebook, pissing off my partner or making her laugh, avoiding reality, and producing a steady stream of books that most people will never read.

What do people know you for? They know me as the guy who used to steal their drinks and hit on their girlfriends. They also know me a guy who finally threw down the needle and got his shit together. I sometimes romanticize my outlaw past, but I’m quite happy to be a father to my awesome son and a loving partner to my girlfriend Jenny, who still knocks my socks off all these years. I’m a very moderate drinker, and I’ve steered clear of hard drugs these last sixteen years. I’d be dead for sure if I hadn’t quit when I did. I should probably get onboard with Instagram because it might help sell books, but I’m afraid that someday I might stop writing entirely and spend all my time on social media. I’m looking for some sort of balance, as tenuous as that may be.

Thoughts on Vancouver? For all the rain and insane cost of living, I fell in love with this city when I first visited in 1980 to see the Ramones, and there will always be a place in my heart for the mossy walls, the noisy bars, and the punk rockers who made me feel so welcome. I’d rather adapt to the new reality than leave, but we’ll see how it goes. I hoped to remain in East Vancouver, but that wasn’t possible. Developers purchased the apartment building my family called home for the last twenty-four years, forcing us to buy a condo in New Westminster. Not very punk rock, I know, but at least nobody will be able to kick us out. We actually like New West, which reminds us of the old East Van. I’m sure our new neighbourhood will change too, but we’re here to stay.

Finally, writer Chris Walter and I found a day of sunshine. We met in the heart of Chris’s stomping ground at JJ Bean on Commercial Drive. Chris is a prolific writer and has published around 30 books under the publishing company GFY Press, including Boozecan, Mosquitoes & Whisky and Shouts From the Gutter. One of Chris’s recent books is Tales from the Tattoo Shop, a collection of life real-life tales from veteran tattoo artists. As you can see from his portrait, tattoos run deep with Chris and his impressive “ink” led me to thinking about tattoos and how they weave in and out of history. When my great grandfather, who was a stoker in the British Royal Navy in the day when only sailors, aristocracy and the criminal classes had tattoos, his tattoos were listed on his service record. Much to the squealing delight of his grandchildren, he would make the tattoo of a snake around his neck writhe!

If you enjoyed reading this conversation with Chris Walter please feel free to send me an email, I always love to hear your thoughts and comments. I strongly suggest going to Chris’s site and having a look at all the books he has written. Tallulah can be commissioned for all types of portraiture, contact her to discuss further.