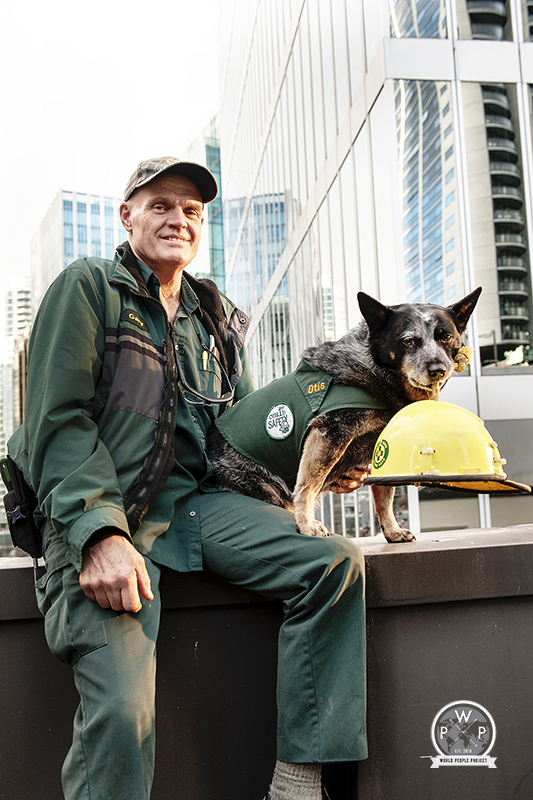 How long have you lived in Vancouver? I came to Prince George, B.C. in 1971 and after six months headed to Vancouver.

Occupations: A sense of adventure and wanderlust has taken me around the world. As a young man I worked mostly as a manual labourer in metal foundries, house construction and at the Canada Packers’ slaughterhouse on Terminal Avenue in Vancouver. I started working the elevator trade in 1973 with Westinghouse and, later, Otis Elevators, where I currently work. My trade took me to the mining industry, where I sunk mine shafts at Page Williams gold mine in Ontario and Liberia in West Africa. I prospected for gold in places like the Yukon, Utah, California and Costa Rica but never struck it rich.

Passions and Interests:  Sports and fitness are part of what keeps me happy and in good spirits. I started playing rugby in my early 20s with the Vancouver Rowing Club, which became my family and community. It provided a chance to play, to travel, to drink, sing and to make friends that I still have to this day. I am an endurance cycler, averaging 70 kilometres a day. One of the races I have participated in is the Cape Epic held in the Western Cape, South Africa. This is a two-person team mountain bike race, covering 700 kilometres and lasting eight days. In the 1980s a buddy and I had the idea of getting a two man bobsled ready for the 1988 Calgary Olympics. We signed up with the Olympic Association and formed a plan to raise enough money to train and compete. We tried to swing a sponsorship deal with Jolt Cola, whose slogan was,  “All the sugar and twice the caffeine.” The sponsorship deal fizzled and so did our dreams of being part of the Olympics. I had to settle for a skeleton ride at the Whistler Sliding Centre many years later.

What do people know you for? Many people know me because of my dog, Kegs. We have been together for 12 years ago. She comes to work with me every day at my job with Otis Elevators. I came up with the idea to make her an Otis uniform. Perhaps this is my offbeat sense of humour.

Thoughts on Vancouver? I keep returning here; this is where I find balance from the work I do around the world. After working at a nuclear plant in southern Ontario, the radiation I absorbed was enough to convince me that I needed the clean environment of Vancouver to detoxify. My time in Liberia as a country on the verge of civil war made me appreciate the peace in Vancouver. The environment satisfies my need to be outdoors and to go skiing, hiking, cycling and hunting. Vancouver is getting more expensive and crowded, but I will always return.

I heard that there was an Otis elevator man who took his dog, dressed in uniform, to work. This intrigued me, and on the off chance I could find him, I called Otis and was put in touch with Gary. The first time I met them was Halloween and Kegs was sitting outside the café with a mangled arm in her mouth. I suspect that was Gary’s sense of humour. For their portrait, we found a building where Gary maintains the elevator. The portrait was taken on the roof, with downtown Vancouver behind us, and Gary and Kegs in their work clothes.