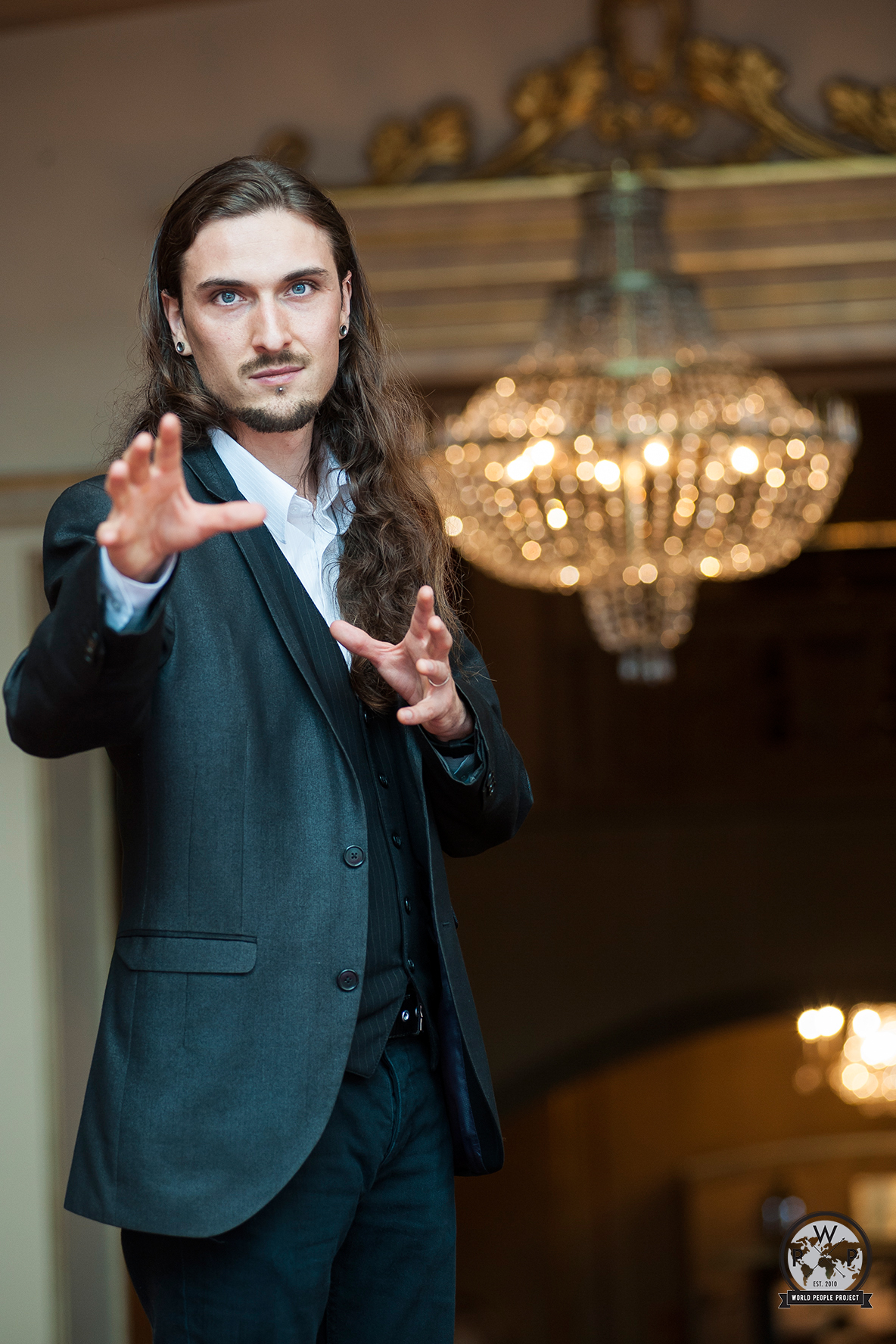 How long have you lived in Vancouver? I first visited Vancouver in June, 2005 when I was on vacation, and I immediately had that feeling of being home. I come to Vancouver every year for my shows and have lots of friends here. Vancouver is my home away from home.

Occupations: I have always had an interest in art, film, and music, so I have worked in galleries, studios, and the film industry. I enjoy being surrounded with artists and like-minded people. Some of my earliest memories are watching my father demonstrate hypnosis. He is a very gifted entertainer as well as hypnotist, so when he combines the two it’s pure magic. Hypnosis has a strong pull for me, and I started performing around the age of nine. When I was 12, I was a regular performer at the Canadian National Exhibition in Toronto, and from a young age I learned a lot about entertaining audiences and what it takes to make a great live show. I have a few different shows in my repertoire: corporate shows, shows for high school students, a mentalist show, and the Rockstar of the Mind show. My work has allowed me to travel to over 27 countries and I have home bases in Canada, UK, USA, Italy, and Thailand. In a few years I will get a Las Vegas residency, which will take my craft to the next level and beyond. I became a trained certified clinical practitioner many years ago and using hypnosis for positive change is very important for me.

Passions and Interests: Life is a passion, especially the worlds of art, film, comedy, and astrology. I love going to new places and experiencing the full force and flavour of life. When I was a child, my father would take me and my brother on tour with him. I thought it was the most amazing experience, seeing the world and being involved in something special. Music is a grand passion; I started playing music so I could join my brother’s band. I was told if I became good enough I could be in their band, and I practiced and practiced until I was the best I could be. A musical highlight for me was when I co-wrote and performed bass on a track that was included on the soundtrack for the film Underworld: Evolution.

What do people know you for? Audiences over the world know me for being a performer. My friends know me as a person who is always doing something interesting.

Thoughts on Vancouver? It’s my home and where I will come when I retire. This is where I come when I am not touring and love to spend time with my friends and family. Vancouver is all about the people and the cafes where I can meet and chat with old friends or, quite likely, make a new friend.

Hypnotism has always been a bit of a mystery to me, and years ago I met the very distinguished Ralph Yorsh, a dentist from Vancouver who used hypnotism instead of anesthesia. I was fascinated. Last year I heard about Hank while he was looking for a videographer for a corporate show he was doing in Vancouver. My interest was once again piqued, and we arranged to meet. The portrait was taken at the Orpheum where the famous hypnotist, Raveen, has a plaque on the outside wall.

If you liked reading this conversation with Hank Stone please feel free to send me an email, I always love to hear your thoughts.
Tallulah can be commissioned for all types of portraiture, contact her to discuss further.