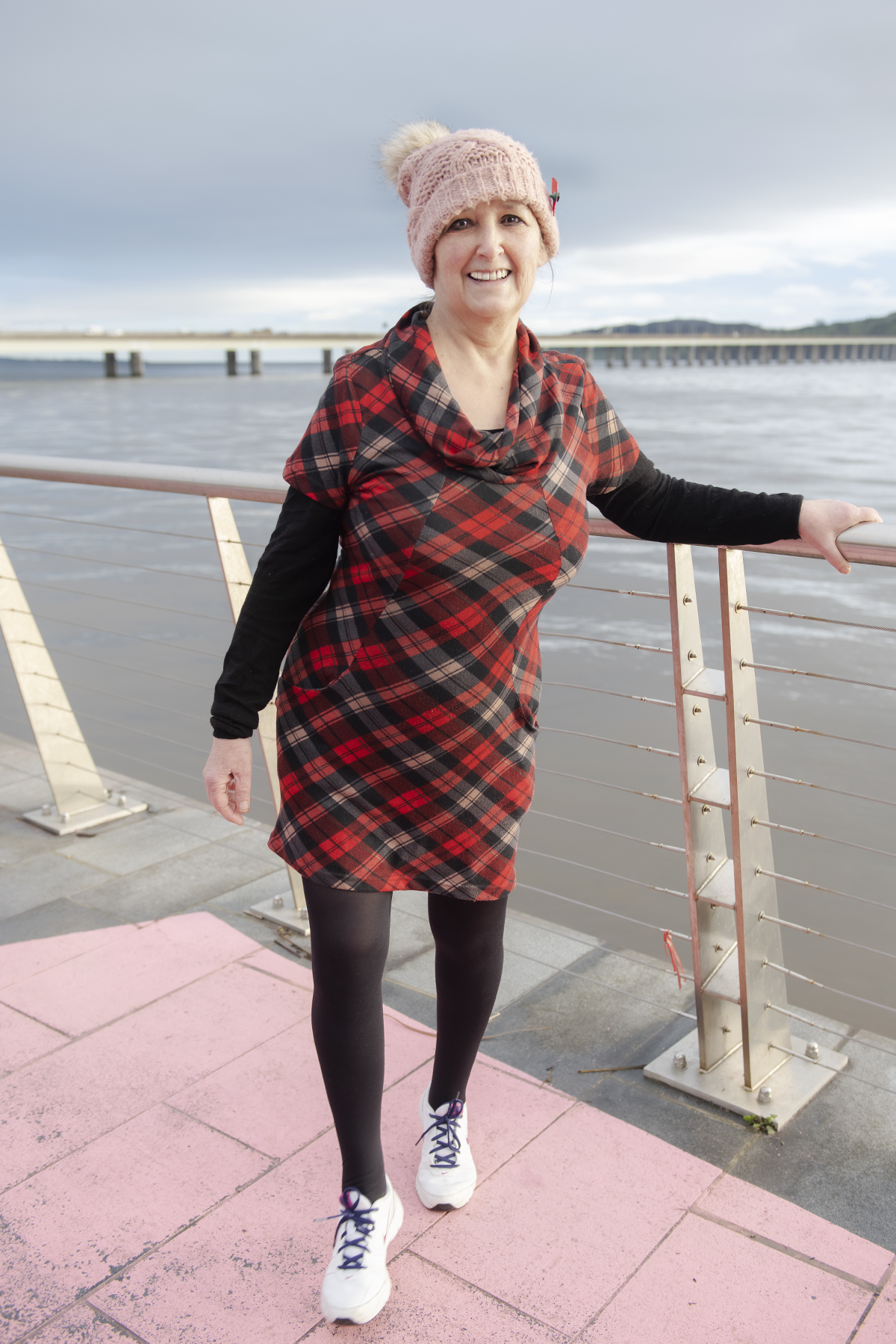 My name is Janet Alberta Edwards Gutteridge. I was named after my mother Janet who was born in Scotland. My mother’s mother was also a Janet but I think she was called Jessie. She died when my mother was 18, so I never knew her. Alberta, is after my paternal grandmother. She died in the flu epidemic that followed the first world war. I think she was just 26 and pregnant with her third child. It has been a sadness for me, never knowing either grandmother. Photos show them both to have been beautiful women. Edwards is my maiden name. Gutteridge is my married surname, which I have retained even though I am now divorced.

Age: I was born on 17 April 1944 so during the second world war although there were no bombs or rationing in Canada. My sister was born in 1943 just thirteen months and two weeks before me. My understanding is that my mother’s friend helped my mother by looking after me after my birth. My mother always blamed me for being stuck with two babies and her husband away at war.

Provenance: I was born in Vancouver, Canada because my father, who was in the Royal Canadian Airforce, was posted there. We moved to Hamilton when I was very young. My only memories are of Hamilton where I grew up. My mother is from Kilwinning, in Ayrshire, Scotland and she came to Canada after the first world war with her parents. Her dad was a joiner, carpenter and he built trenches and officer accommodations during the war. My father was born in Canada. His family, led by Joseph Edwards, emigrated from Ireland to Canada in the early 1800s. That family originated from Blairgowrie Scotland. (My DNA has a lot more Scottish than Irish).

How long have you lived in Dundee? I moved to Dundee in Sept 1990 to take up an offer of a place at Duncan of Jordanstone College of Art. In those days it was very competitive to get a place. There were 100 places and 1400 applications. Now apparently it is 1 in 4 as they need the money. I moved there from Inverness with my oldest son, Birkin, who is disabled and requires 24/7 care. It was very complicated and stressful and I left behind all my statutory, voluntary and friend’s support in Birkin’s care. I had to arrange housing, sort out financial matters and arrange care for Birkin. The Day Centre had different hours from my course and so it continued to be a stressful and complicated juggle.

Occupations: My first paid job was when I was aged 15 about 1958/59. I worked in Hamilton Public Library, usually hidden away in the stacks of the reference department. I think I worked there till I started McMaster University. I was paid about 50 Canadian cents an hour. I was able to read youth magazines from Eastern European communist countries which weren’t put on public display. I replied to some pen pal requests and when I got replies back my father was very angry and, I think, a bit scared. I was not allowed to write back to them. This was the McCarthy era of course with witch-hunting of anyone suspected of communist leanings. I simply wanted pen pals from around the world.

I had a part-time job and a full-time summer at McMaster University library. I wanted to take a gap year and work there full time while I tried to work out what I wanted to do, but my father objected and the job offer was withdrawn. I was thinking that what I really wanted was to go to Art College.

When I moved to the University of British Columbia, I worked part-time evenings in the medical library. That was probably 1964. One of my duties was to turn the lights off, make sure nobody left in library and lock the door. Michael, who I married, was keeping me company one night and said he’d lock the door. But he didn’t and the library was unlocked all night. Nothing happened, but it could have, and I was fired. In 1965, I started working in a bank but I was fired when I became pregnant. Then it was a legal reason for dismissal. Around the same time, I worked for a tutorial agency. I tutored high school students. They tended to be uninterested and unmotivated and the parents were not happy when they performed poorly in their exams. My first child was born in December 1965. In 1967 to raise money for travels abroad, I did some life modelling at an art college.

From 1967 – 1968 we lived travelled from Vancouver to Europe living in Portugal for a year. When we ran out of money we moved to Brechin, Scotland because that is where my then husband, Michael, got a job. My second child Birkin was born in September 1969. I was 25 when my life changed forever. I didn’t know then but Birkin was born profoundly disabled and the following year Michael made a unilateral decision to quit his job and move us to Strathella, an isolated house with no running water or electricity. I was pregnant with my third child. He told me I could come along if I wanted. As head of household, he refused to claim any unemployment benefits because he was working as writer. Unfortunately, he never sold anything so we had no money either.

Life became a little easier when child benefit started in 1978 and it was paid to the mother. I applied for Disability Living Allowance for Birkin in 1984 and that also helped financially. From 1984, married women were eligible for Carer’s Allowance after the EU forced the U.K. to pay women. It was a pittance but gave Class 1 National Insurance contributions towards a State Pension. That same year, Michael got a full-time job as a Social Worker and he moved to Inverness. After 20 years no one at home under school age!

In Inverness I trained and worked at Citizen Advice Bureau for two years. I used that experience to update my CV and get a job in the newly opened Maple Ridge, a residential home for 15 mentally disabled adults. I was Deputy Officer in Charge from 1987 – 1989. At some point before that I trained and worked as a financial advisor. I also studied art at Inverness College of Further Education 1988-1990.

I lost the Carers Allowance income when I moved to Dundee to become a full-time student even though I was still a full-time carer. I completed the foundation year but had to discontinue the course when I was diagnosed with ME. From 1991 – 1999 I was a full-time carer. Birkin moved to residential care in 1999, the year he turned 30. I was 55. My National Insurance record meant that I couldn’t claim unemployment benefit but I was able to claim sickness benefit until April 2004 when I received my very partial State Pension.

From 2006 -2008 I studied part-time to complete a Higher National Certificate in Fine Art. It was in 2008 that I started to discover my underlying health issues – asthma-rigid airways disease and very partial lung function and a congenital heart defect which required open heart surgery. This took place in February 2011. I have always had issues with my eyesight that can’t be corrected. These have prevented me being allowed to drive which has had a significant impact on my limited energy. I have always found it interesting that I’ve been advised that I would be a menace on the roads because of my sight issues and yet have been accepted into art colleges in both Canada and Scotland.

Voluntary work has been an important part of my life. As well as volunteering with Citizens Advice Bureau in Inverness I trained and volunteered as a rape crisis volunteer. In 1999, I became an elected member on the Management Committee of Carers Scotland and was involved in lobbying for change and improvements for unpaid carers. This was the most impactful of many volunteer roles with Carers organisations. I had to give it up when I started my HNC course in 2006. I became a Clinical Skills Centre Volunteer at Ninewells Hospital in 2008 to help in the training of student doctors and nurses. It was a lot of work and a big commitment but very enjoyable – stimulating, fascinating and interesting. I think I did this until 2015.

Passions and Interests: My passion is for life; the gift, the wonder, the sacred mystery of awareness, of consciousness. Perhaps that is why I love the poetry of Mary Oliver who expresses a spirituality about life which is different than being conventionally religious. My passions: reading, music, poetry, art, how everything and everyone is interrelated. Although I have never been a paid artist, my artwork is an important strand throughout my life. Over the years, I have adapted my artwork to my sight issues and energy levels creating small sketches and drawings. Increasingly I have a wonder and curiosity for life at a time in my life when ‘being’ becomes more important than doing. To live modestly, frugally, with a light eco footprint on the earth. Praying for change in minds and hearts. Praying for the healing of this broken but achingly beautiful world.

What do people know you for?
My artwork
My care of my disabled son
Having a large family.
My precarious health.
Being a caring person.

Thoughts on Dundee? I love living in Dundee. I like the location and the compact city centre, the Tay, Broughty Ferry, the good bus and train links, the vibrant cultural life with two universities and an art college and the friendliness (it’s the biggest village in Scotland). I have wonderful views of the Tay, Fife, and the sky from the windows of my flat.

It is strange but sometimes the closest people in your life, especially a parent can seem far away in terms of understanding their personal journeys – you hear snippets of course but as a child you spend a long time involved in your own life. With this project it is clear that I am fascinated with people’s lives. In fact everyone, when you take the time to realise, has stories that inspire, hardships they have overcome. In listening to my mother I have found out so much and am inspired by her adventure through life. I also realise how generationally how things have changed for women. Can you imagine getting fired from a job for being pregnant? I am cooking my dinner and thinking about how I have learned how to nurture friends from my mother, She has so many friends, her passion for true justice for all humanity. From her I have also learned how to manage money especially as an artist who never knows what is quite around the corner – and that is a real skill.

If you enjoyed reading this conversation with Janet please send me an email, I always love to hear your thoughts and comments.
Tallulah can be commissioned for all types of portraiture, contact her to discuss further.