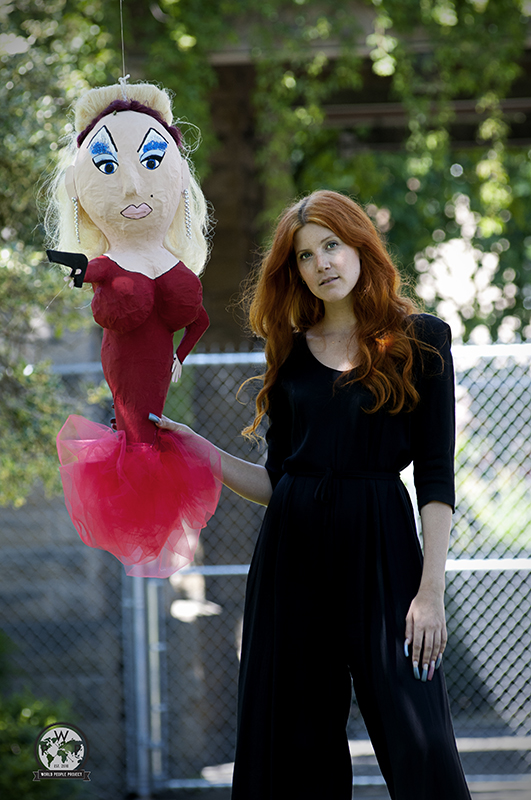 How long have you lived in Vancouver? For 7 glorious years.

Occupations: I was a music Groupie in my late teens and early 20s in Toronto. I have also been a Retail Whore, having managed some of the best retail stores across Canada including Leone in Vancouver. I am now a Piñata Aficionado, making custom piñatas with flair.

Passions and Interests: Daytime soaps, exercise, Mariah Carey and piñatas! The struggle between making piñatas and making time for all my friends is a real balancing act.

What do people know you for? Sweet Ass and Sass Nails

Thoughts on Vancouver? Vancouver reminds me of a cloud full of sunshine wrapped up in a dreadlock I would put it on a falafel, slap some designer hummus on it and make it into a piñata. Vancouver is the friendliest place on the earth.

I saw Meaghan in Aphrodite’s Café, Kitsilano; first I noticed the long, flaming red hair and then the nails. Nails like that I have seen in Harlem, New York, but rarely in Vancouver. I was intrigued I soon found out that I am talking to a piñata creator, the first I have met. Piñatas are the major source of Meaghan’s income these days. A few weeks back one of Meaghan’s piñatas was featured on the Ellen DeGeneres Show.

As a backdrop for this shoot I decided on the gardens of the Gabriela Mansion, 1531 Davie St. This house is the original home for the Rogers Sugar family, part of Vancouver’s history with rumours of hidden tunnels, connecting to nightclubs and brothels. Currently this magnificent building is uninhabited.

We daringly entered the gardens of the Mansion and started photographing. Vancouver provided the sunshine. Meaghan dressed in black and brought one of her favourite piñatas. The great icon and artist DIVINE!