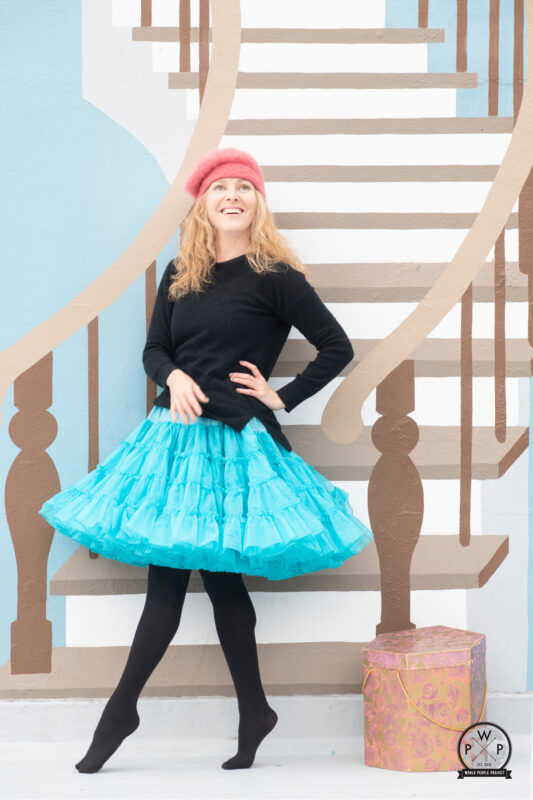 My full name is Precious Shelby Lorna Flossina Chong Fiddis. I was my parent’s love child so they got a little over-enthusiastic when naming me. My dad used to call my mom Precious when she was pregnant with me and they had no girl names because they were both positive that I would be a boy. So when I was born my dad said let’s call her Precious and as my mom put it, ‘I was so in love with your dad at that point I did whatever he wanted.’ Lorna and Flossina are my great grandmother’s names respectively. My parents weren’t married so that’s why my official last name is Fiddis, my mom’s maiden name, but I use Chong as my last name except on my Canadian legal documents. I tried to shorten it when I renewed my passport but they won’t let you without a lengthy process.

Age: March 1968 I wouldn’t tell you my age but it’s on google so I might as well. I wrote to them asking them to please take it down because as an actor I think it puts me at a disadvantage. But maybe not, maybe that’s just true if I believe it. So there, I don’t believe it anymore. I’m cured!

Provenance: I was born in Windsor Ontario because my dad was working in Detroit and we didn’t have health insurance so my mom went over the border to have me. I haven’t been back since, which is odd.

How long have you lived in Vancouver? My extended family lives in Vancouver and my parents bought a house in West Vancouver when I was 11 so since then I’ve come almost every Christmas and sometimes over the summer. When I was in grade 4 I lived with my grandma in East Vancouver and went to a public school near her. It was the first time I was ever able to walk to school. It wasn’t easy though. The kids were tough and I got chubby eating all my grandma’s goodies and my name was Precious. Vancouver was more of a small town then and being different in any way put you at a disadvantage.

Occupations:
I did commercials when I was a kid from about age 9-11
I sold handmade earrings with my best friend in New York
I had an Italian Ices cart with same friend one summer in New York
I was a Candy Striper (volunteer at a hospital)
waitress
script reader
assistant to the assistant to Oliver Stone
dancer
dance teacher
hostess
bikini dancer (one night)
birthday party character for kids
waitress
stiltwalker
food delivery person
theatre actor
film and television actor
commercial actor
corporate trainer
worked at a car show getting people to sign up for credit cards (the worst)
made sales calls
kids film camp teacher
stand up comedian teacher
Airbnb host
session director for commercial casting
murder mystery actor

Passions and Interests: I love ballet. I follow a lot of ballet dancers on Instagram and it was my first love. I wanted to be a ballerina. I’ve always written. My parents probably thought I’d be a writer as my main job. I was more introverted than most of my family. I also love fashion and clothes. It would be fun to work as a stylist. I picked a tough career. Acting. I love it. I love doing plays. I love making stuff with other people. It’s an exhilarating process.

What do people know you for? Interesting question. Chong’s daughter. A teacher. A comedian. An actress. A filmmaker. Jack’s mom.

Thoughts on Vancouver? Vancouver is my grandma. Even though she’s not alive anymore I was very close to her and she lived here and so that’s what it means to me. Also, my cousin Steffi, who is close to me in age so we grew up like sisters. We both stayed with my grandma and had very intense games of dolls and making dresses for our barbies and putting on our mom’s old dresses and makeup and putting on shows.

The first time I met Precious was when she was performing in a one-woman comedic show nine years ago on Granville Island. I enjoyed the show very much. Since then we have met over the years socially. She had me spellbound (or horrified) about her #MeToo experiences as a teenager in Los Angeles. When I heard Precious would be in town I thought it would be great to have her in this project. So we had a bit of quick brainstorming about locations and wardrobe for the shoot. The Kitsilano Showboat seemed the perfect backdrop for the portrait as she had danced there as a child one summer as the “star” solo performer (from Los Angeles) for the local Betty McHardy dance school annual review (where her cousin Steffi was dancing). The story goes, once on stage, she completely forgot her prepared dance routine but managed to improvise the whole dance on the spot and no one noticed. Currently, Precious co-wrote and is starring in the comedy/horror film called Homewrecker. I saw it at the Rio Theatre in Vancouver (I laughed a lot – and screamed). It is doing the rounds on the film festival circuit. More photographs of Precious are on the tallulah photo website.

If you enjoyed reading this conversation with Precious please send me an email, I always love to hear your thoughts and comments.
Tallulah can be commissioned for all types of portraiture, contact her to discuss further.