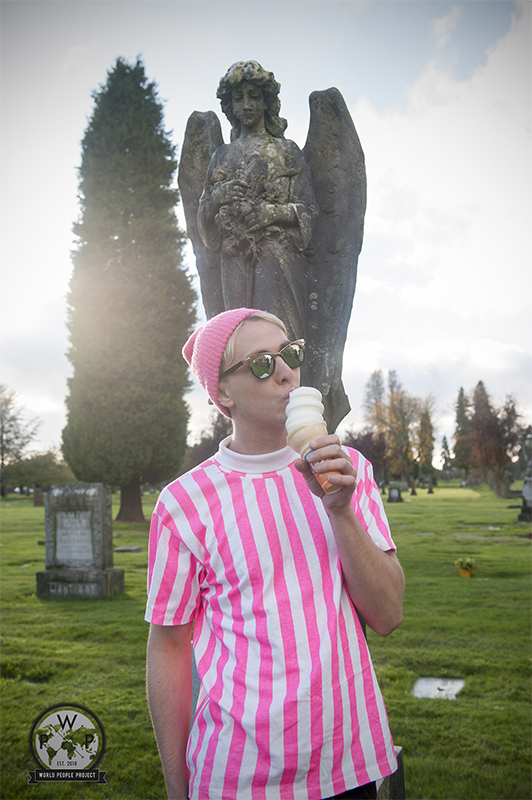 Provenance: Kirkland Lake, Ontario, I grew up in the towns of Thompson and Winnipeg in Manitoba.

How long have you lived in Vancouver? I moved to Vancouver in 2011 from New York City, with the intention of crashing at my friend’s place for a few months while I applied for a visa to work in London. However, professional opportunities came my way so I decided to stay.

Occupations: I did some modelling as a teenager, then moved to New York City to study acting at The New York Film Academy. When I was a starving artist, I survived by go-go dancing at a twink bar called Rush in Manhattan. My career as a writer started when I became a social columnist and blogger for Xtra Vancouver in the spring of 2011. This year I completed my manuscript, When Everything Feels Like the Movies, published by Arsenal Pulp Press. It has been shortlisted for the 2014 Governor General’s Literary Awards in the children’s book category.

Passions and Interests: I’m interested in mysticism. Raziel was a writer and archangel who stood next to God’s throne. When Adam and Eve were banished from the Garden of Eden he gave them a book filled with God’s secrets and mysteries in the hope it would help them return to Eden. My other interests are books, Illuminati You Tube videos, third eyes, Warhol superstars, gay sex in the ‘70s, aristocratic blonds, and the Manson murders.

What do people know you for? Turning middle school into a film set where everyone’s on drugs and fucking for the best parts, aka my book.

Thoughts on Vancouver? It means freedom of expression. Vancouver has nurtured my creativity and opened doors for me. The city’s publishing community has been incredibly supportive. Vancouver isn’t quite home because I am pretty sure that’s the Elysian Fields, but its my base. I like that it’s walkable, the cherry blossoms, East Van, drag queens and Mayor Gregor Robertson’s cheekbones. I dislike the way everyone stares like they’ve never left their backyard before, the fact the SkyTrain doesn’t run past 1a.m. (WTF?), Granville Street on the weekend, and Christy Clark. The best thing about Vancouver is the weed, obviously.

I have known Raziel for a few years through my photography, usually meeting him late at night in dark nightclubs. He makes me smile with his unique and somewhat bitchy views on the surrounding milieu. The location for our photo shoot was Mountain View Cemetery in Vancouver. This is where Raziel used to come to write his novel. Raziel wore a striped pink and white T-shirt and black jeans.