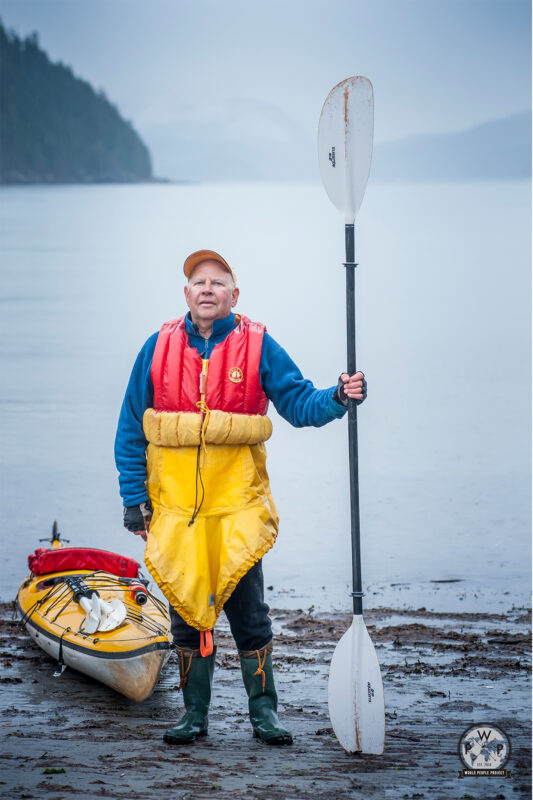 I was named Sidney, which only my mother used, as I hate the name. What she didn’t know is, and according to the Book of Names, Sidney is derived from St. Denis, the Patron Saint of Paris and a terrible anti-Semite! Not a good name for a Jewish boy.

Age: Feb. 3, 1944. Feb. 3, of course, is infamous, as it was the day that music died in 1959 when the small plane taking Buddy Holly, Ritchie Valens and J.P. Richardson (the Big Bopper) to their next gig crashed. So my birthday always reminds me of Buddy, one of my favorite singer/songwriters.

Provenance: I was born in Montreal at the Jewish General Hospital (so my mom could have kosher meals; she was from a very Orthodox family.) My parents lived in Val-d’Or (Valley of Gold) Que. I was three weeks old when we made the 24-hour train ride through Quebec back home. The lore is that my bottle was warmed on the steam engine; I like to think that was the start of my wanderings, which has seen me, to date, visit more than 95 countries around the world.

How long have you lived in Vancouver? I arrived in Vancouver in April 1975 to take up my position as assistant professor of pharmacology and toxicology in the Faculty of Pharmaceutical Sciences at the University of British Columbia. I was so hyper during the three days of interviews that at dinner one night one of the committee members yelled out, “for God’s sake Sid, cool down, you got the job!” I was at UBC for 38 years, retiring in June 2013.

Occupations: For many years, I had a full teaching load at UBC, with a large, well-funded research lab. I mentored or co-mentored master’s and PhD students and post-doctoral fellows from around the world. I also joined the president’s office and developed science awareness programs, including “Celebrate Research,” which continues to this day. In the late 1970s I became very involved in community work, including helping to organize the people’s Habitat Conference at Jericho Beach in 1978. In 1979, I was given time on Shaw Community TV where I hosted and produced my own series called Frontiers in Medicine. This led to being discovered by the CBC. I did radio shows, including Morningside with Peter Gzowski and As it Happens in the evening. In total I have worked on more than 450 shows on radio, TV and in documentaries. From 2002-2010 I became managing director of the Chan Centre for the Performing Arts at UBC, which was one of the true joys of my life. These days I work as a consultant and am often called upon to be an expert witness in pharmacology and toxicology.

Passions and Interests: First and foremost, music. I started life as a folk singer in the small clubs in Montreal and played parties, sweet 16 celebrations, etc. Once I began graduate school I decided to make music my passion and science my occupation. I am also passionate about athletics, having run marathons and triathlons. I still work out everyday and once went 2,158 straight days of either running 10 kilometres, swimming a mile or cycling 20 miles or more.

What do people know you for? In Montreal it’s being the consummate Montrealer who could never survive outside that city. I go back often for my fill of Les Canadiens, steamed hot dogs, real smoked meat and real bagels. In Vancouver, it’s probably my radio work, waking people up at 6:45 on Thursday morning with a science story.

Thoughts on Vancouver? I love the location, the mountains, the Endowment Land trails, Commercial Drive, the multicultural spirit and the strong and vibrant Aboriginal community. I am concerned about the incredible disparity between rich and poor and the issues of the forgotten and homeless. I believe we can all pull together to make a difference and solve some of these issues.

I first heard about Sid through his wife Tyleen who, with my grandmother May Gutteridge, in 1990 started one of the first free-standing hospices in British Columbia, called May’s Place through the St. James Community Services Society. Sid has an amazing energy for life and all it has to offer and has put that energy into many worthwhile endeavors. He recently formed the Dogwood 25 Society with Mike Harcourt, with the aim of encouraging Aboriginal students to stay in school and get their Dogwood certificate. One of Sid’s places to recharge and be at peace is Mayne Island, where he can often be found kayaking the local waters. It was decided that we would take the portrait on Mayne Island. We had very typical February weather, which meant non-stop rain.

If you liked reading this conversation with Sid Katz please feel free to send me an email, I always love to hear your thoughts and comments.
Tallulah can be commissioned for all types of portraiture, contact her to discuss further.