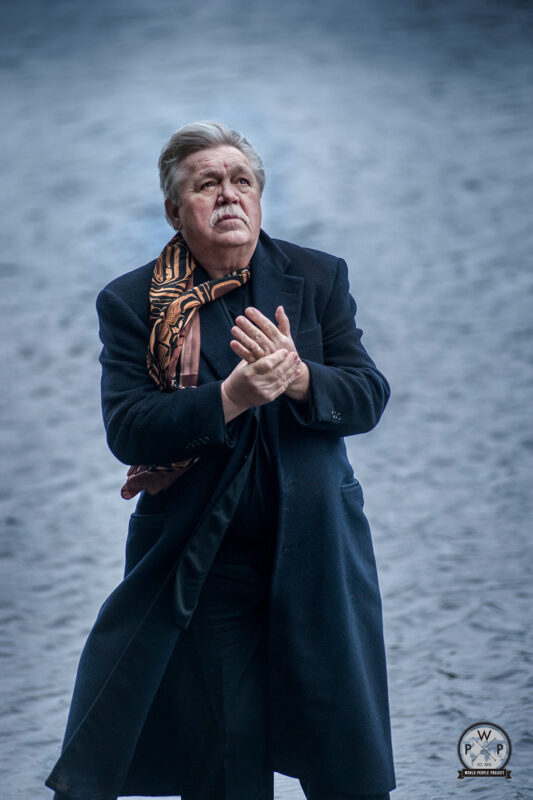 When I was born my father was on a Troop Ship steaming towards the war in Korea. When he got the news he immediately celebrated in the way soldiers and sailors do. Unfortunately, my name got misspelled on my Dad’s tattoo.

Age: I was born in Massey Ontario on March 13th 1950, the same year as Frosty the Snowman.

Provenance: My mother trudged through frozen slush at 5 in the morning, her water had broken and her legs were soaking wet. A midwife in a small clapboard, opened her door to my Mom, Susie, a 16-year-old girl and then lit the wood stove, boiled water and brought me into the world. My mother carried me back to my Grandmother’s home where we lived until my Dad returned from the war.

How long have you lived in Haida Gwaii? I built a home on Haida Gwaii in 1999. Mostly it was for my wife.

Occupations: I am a writer. Although I believe I will be always remembered for my days as a member of the Stopwatch Gang, which led to a 21-year long prison sentence. I published my first novel Jackrabbit Parole while still in prison, an autobiographical work of fiction about a gang of bank robbers who escaped from prisons all over North America and robbed over 100 banks. After I was released I taught creative writing at Camosun College and worked for a while as a young offender’s counsellor in the Northwest Territories. Being an addict led me to commit another bank robbery in 1999 and I was sentenced again for a long period of time — 18 years. I have been in prison for most of my adult life; I have published two books, plays and numerous essays and produced two screenplays. I won the 2013 Victoria Butlet Book Award for my second published work, A Crowbar in the Buddhist Garden: Writing from Prison.

What do people know you for? Writer and bank robber.

Thoughts on Haida Gwaii? My final home. I am now at home – in my heart. I live quietly on the banks of the Sangan River with my beautiful wife of 30 years, Susan Musgrave. Each day we wake up to a love story, our love story.

I went to Haida Gwaii for my longterm project and an assignment for photos of Copper Beech House a charming heritage house on the Delkatla Inlet in Masset for a Vancouver magazine. One of the owners who was there most mornings was Stephen Reid an author who had a rather unusual past. He was warm, encouraging and charming. For the portrait, we went to the banks of the Sangan River, just behind his home. It was a misty and chilly day and the slopes down to the river were muddy and slippy. Stephen chose a beautiful silk scarf for his portrait matched with a formal outer coat.

Sadly Stephen passed away this year due to complications of pneumonia and heart failure. He is vividly etched on my memory and one feels that events and conversations shared with another no matter how fleeting are as precious as glittering diamonds slipping through our fingers. His first novel Jackrabbit Parole is still in print – and it is described thus – A Canadian bestseller from 1986, In their wild spree of bank robberies, 4 men want more than money, they want the infamy of Frank and Jesse James.