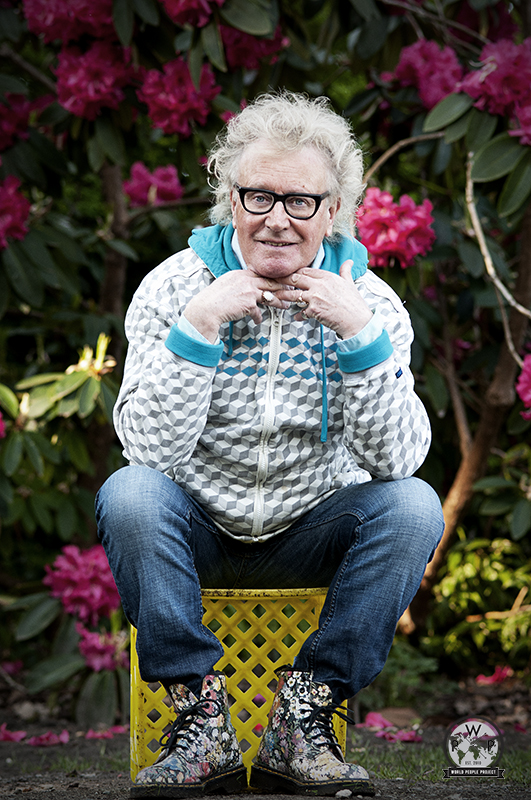 Age: I am a Scorpio Darling, that’s it.

How long have you lived in Vancouver? Since 1964

Occupations: Sales and Merchandising from 1964 to 1994 with Eaton’s department store, owner of the Brigadoon Bed and Breakfast in Steveston, currently a concierge for a condominium in the West End.

Passions and Interests: Socializing, flirting, collecting anything to do with the British Royalty (Objets d’art) and photographing special people.

What do people know you for? ? Crazy hair and knowing nearly everyone in the West End.

Thoughts on Vancouver? ? It’s my adopted home, I adore the beauty of Vancouver, the fabulous fresh air, abundance of wonderful restaurants in our city, the natural beauty, spectacular mountains and Stanley Park is the jewel in the crown.

I met Tommy through my friend Rosanna. When she is in town she meets him very early in the morning (6am) at a Starbucks on Denman Street. They are terrible gossips and the conversation can get so raunchy I will blush. Tommy knows everyone in the West End and has more than 1,500 friends on Facebook. Tommy has taken to the social media world with aplomb. He is a pleasure to be with, although you have to keep your wits about you. I love hearing the stories of his days in Scotland when he would visit Glamis Castle, the family home of the late Queen mother and her mother Lady Strathmore and his adventures while playing the pipes in his village pipe band.

I thought Stanley Park would be a great backdrop for the photo shoot with Tommy, who lives next door to this great urban oasis. The rhododendrons were in bloom. I left the choice of wardrobe up to Tommy: boots that were a gift from his girl Rosanna, a hoodie and rings.